Is Udacity’s AI nanodegree worth it for an experienced coder? 5 things to consider before you signup.

[UPDATE]: Udacity is constantly changing and refining their programs. One of the big changes that was made is that they have split the AI nanodegree into two course and increased the total price. Another change was that they removed the lifetime access to the content.  Please refer to Udacity's website for up to date information. My review is based on on what was available when I took it. Overall, the experience will be the same for you and this post will still be relevant.

If you're an experienced coder and are curious about taking Udacity's AI nanodegree, this post is for you.

There were five things that helped me make a decision .  I wish future me would have sent me this info back when I was trying to decide. I could have saved lots of time and fear of waisting my money.

Well, future me is here now. I wrote this post in hopes it will help your make your decision to go forward with the Udacity AI nanodegree or not.

Here are some things you may have done already or planning to do:

Well...  I did all that and finally broke down and pulled out my credit-card and signed up for the Udacity for AI degree.

The following are 5 reasons you may want to do the same.

1) Self learning AI is not working for you 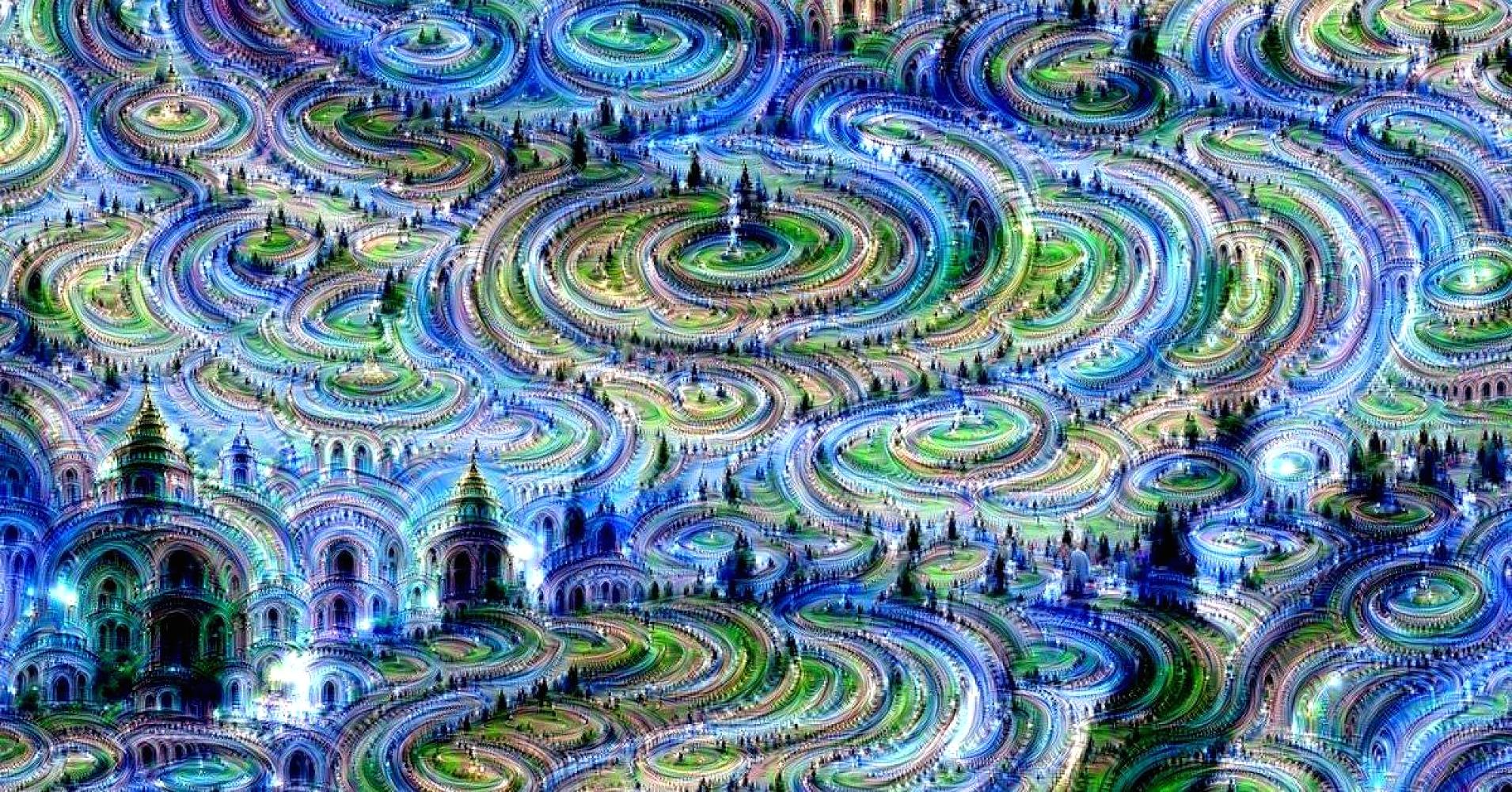 As developers, we are always in learning mode. The first place we usually start if we what to learn a new piece of tech is google. This usually works well and before you know it you're on your way to incorporating what you learned into a project.

With AI , I spent months reading what I could find for free on the web with very slow progress. It seamed that It kept getting deeper and deeper and got overwhelming real fast. I couldn't seem to wrap my brain around the edges of what all the pieces of AI was and how I could use it.

Here is how taking the AI nanodegree helped me:

How the Udacity AI nanodegree is better than self learning:

As trivial as these points seemed, the nanodegree gave me a new perspective. It provided me understanding beyond what I could price together on my own. It also gave me focus and forced me to commit to learning in a finite time frame. 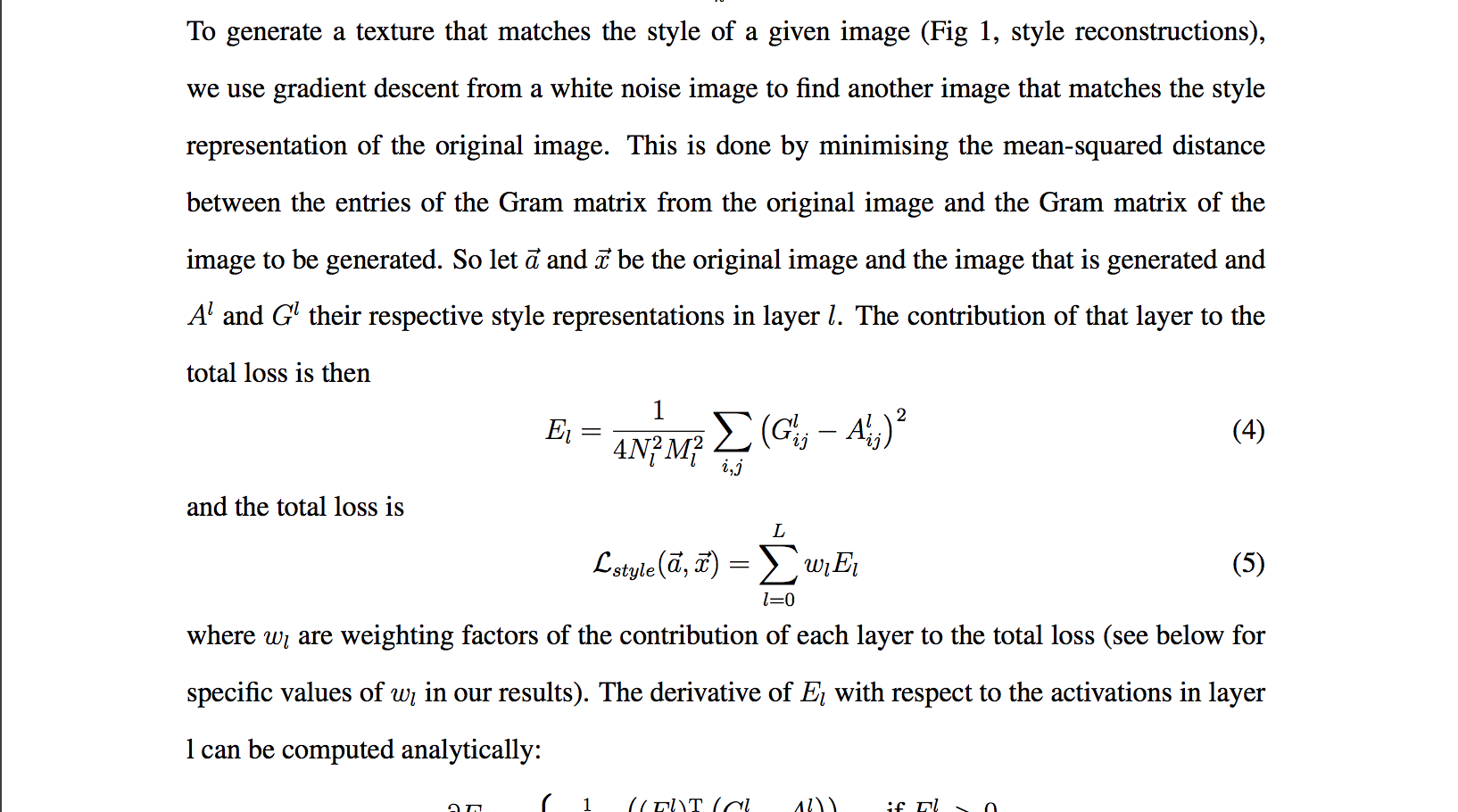 Ok hate is a strong word. I guess the better title would be "You dislike academic, long winded and supper detailed papers when all you want is to get stuff done". Ok, this title is way too long but you get the point.

Many of the advancements in AI are very new and academic. There is very little content available out there for mass consumption. Most sources require prior knowledge in the subject. Or require a deep understanding of math and computer since theory.

Udacity's team did an amazing job. They presented the information as bite sized chunks easy enough for anyone at any level.

Here are some ways Udacity structured the information:

Bottom line the Udacity Material is way more beginner friendly than anything I have come across for free on the web .

To get a high level overview of all the topics covered in the Ai nanodegree, checkout the mind-maps I created. Click here to download them for free.

3) You keep looking for the AI hello world example

Many developers are top down learners. They start with an example first, usually the "hello world" example, then dive down into more detailed examples. Developer training is usually structured this way.

Academia likes to start from the bottom up. They like to start with the theory and start building up from there. They then get to the larger picture to encompass generality and complexity to match. Only till the very end of the long winded theory do the academic texts refer to simple examples. Usually, these examples are in quiz form and you're left to search for the answers.

The team at Udacity did well at not being too academic and tried to bring practicality into the fold.

How Udacity was not too academic:

The AI nanodegree still feels academic in nature but had enough practical examples to keep me interested.

4) You have a hard time justifying the price 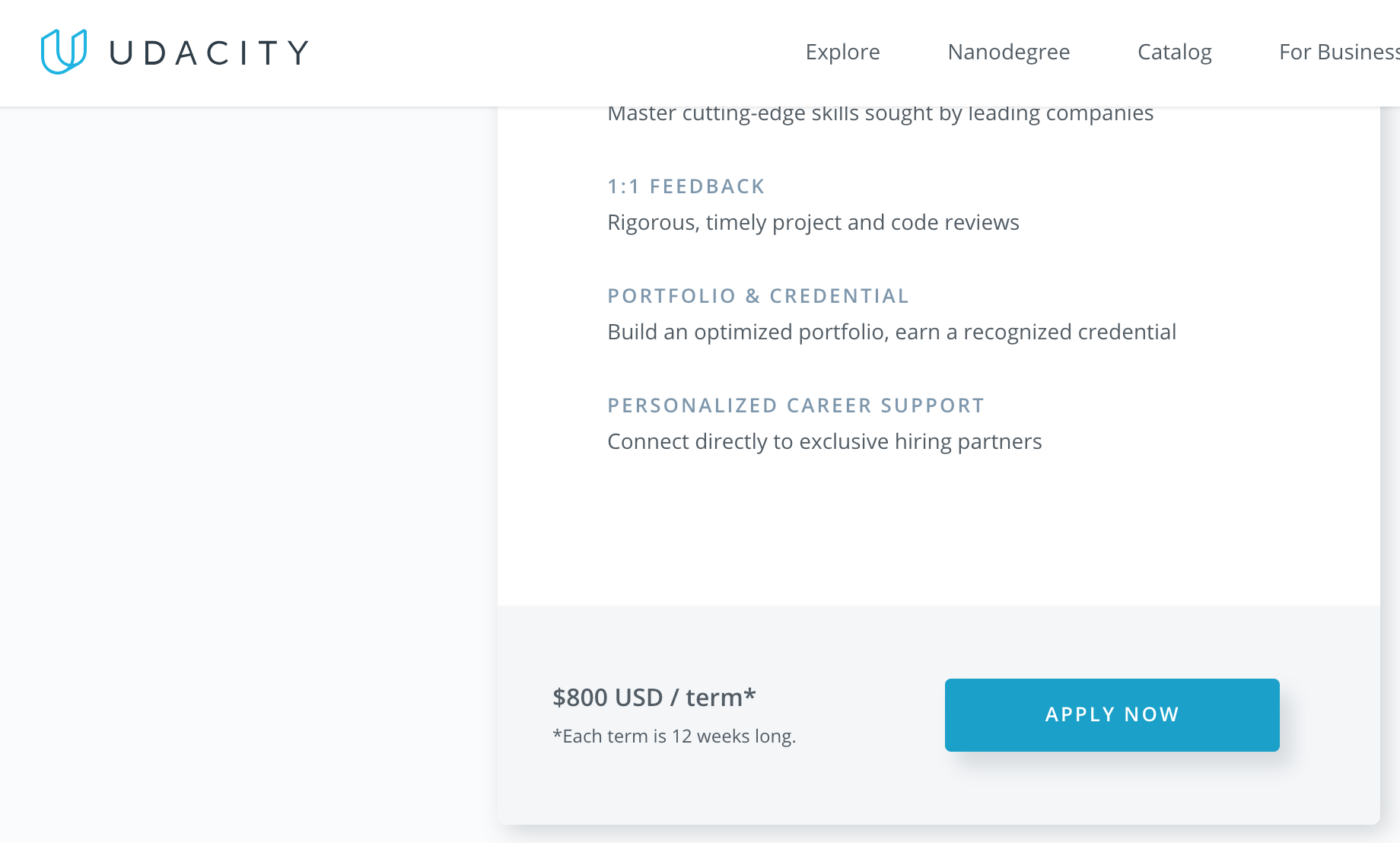 The developer community is is very active online and its not hard to find most information for free. Any structured and paid course usually doesn't go beyond a couple hundred dollars.

The Udacity AI nanodegree is a not a small cost. This was one of the harder objections for me to get over.

The team at Udacity trys to add as much value to the program beyond being another online course.

How Udacity was more than an online course:

Even with all these add-ons, the cost felt a little on the higher end of what I'm comfortable with. Add-ons like the career advice is more targeted to junior candidates. On the other hand, the 1 on 1 mentor was very valuable and something you don't get with typical online courses.

5) You don't feel you meet the prerequisites

Many developers I talked to said they weren't sure they would be able to hack the math part of learning AI . Some of the best coders I know don't have a strong technical college background if any at all.  This was a big sticking point for many devs when I talked to them about learning AI.

I spent tons of time before the first term studying math, python and other CS topics. At the end, I found that 90% of what I studied turned out to be irrelevant.

I still ended up doing just-in-time learning for the areas that I missed in my prep work.

The prerequisites your really need  before you take the Udacity AI nanodegree:

The area that slowed me down the most was not the math. The Ai nanodegree covered most of the math  in refreshers and intros. I did struggle with figuring out efficient way to manipulate data using python and data libraries like numpy.

Don't get intimidated by the math  prerequisites. If you're a good coder you shouldn't have too much difficulty getting through it.

I still would highly recommend doing as much pre learning in all the math areas mentioned. If you want to get the most for your $$$, you need to understand the theory and that requires understanding the math.

So was it worth it?

I had a positive experience with the AI nano-degree and would recommend it to any developer willing to drop the $$$. Go for it if you're looking for the fastest way to learn a whole boat load of AI in a relatively short time.  Just like any paid education, you get out of it what you put in. So make sure you prep well and slice out enough time in your week to maximize your learning.

Here are the highlights of the Udacity AI nanodegree:

I leaned on self learning for most of my coding career. AI warranted guided training because it's such a shift in technology and approach to solving hard problems.

Even with all my experience as coder, I struggled getting started in AI.  Don't get me wrong, I'm sure given enough time I could have learned most of what I learned in the nanodegree on my own.

The key word is time. I have many ideas I want to start building with AI. I rather spend more time on building my next big thing than reading white papers. The Udacity AI nanodegree gave me enough AI in a short enough time.

I will still need to read white papers to keep up with latest and greatest. But now my reading will yield much more value and I'll be able to apply any new information faster.

Is getting an AI job your goal?

My goal was not to find a job in the AI field. I wanted to learn enough so I can start playing around with it in my own projects.

I did do a little bit of looking around the job market for AI  jobs and found many good options. I found couple jobs that I feel I could qualify for given my new skills in AI.

Remember, advancements in AI are very new and industries are just starting to learn the power of what they can do with this new technology. Also, the expansion IOT in industry has create opportunity for AI solutions by providing the needed data to drive AI models. Business will soon need more than theorist and start seeking Ai practitioners who can implement Ai at scale.

I hope this shed some more light on the Udacity AI nanodegree and if it's a good option for you.

If you have any feedback or questions leave a comment. If you took the degree and had a different experience, feel free share also.

If you're a developer interested in getting started with AI or just curious about AI, checkout the mind-maps I put together. There's lots out there on AI and if you're like me and like visuals, you will love these maps. (click here)

Hi, I’m Nader Kutub. I’m passionate about finding ways to productize emerging technologies like AI, AR/VR, and Blockchain. Follow me as I cut through all the hype and build real products that customers really want.

Get a sneak peak inside the Udacity AI nano-degree

Get access to my overview of the AI nano-degree  organized visually in cool mind maps.

Please log in again. The login page will open in a new tab. After logging in you can close it and return to this page.